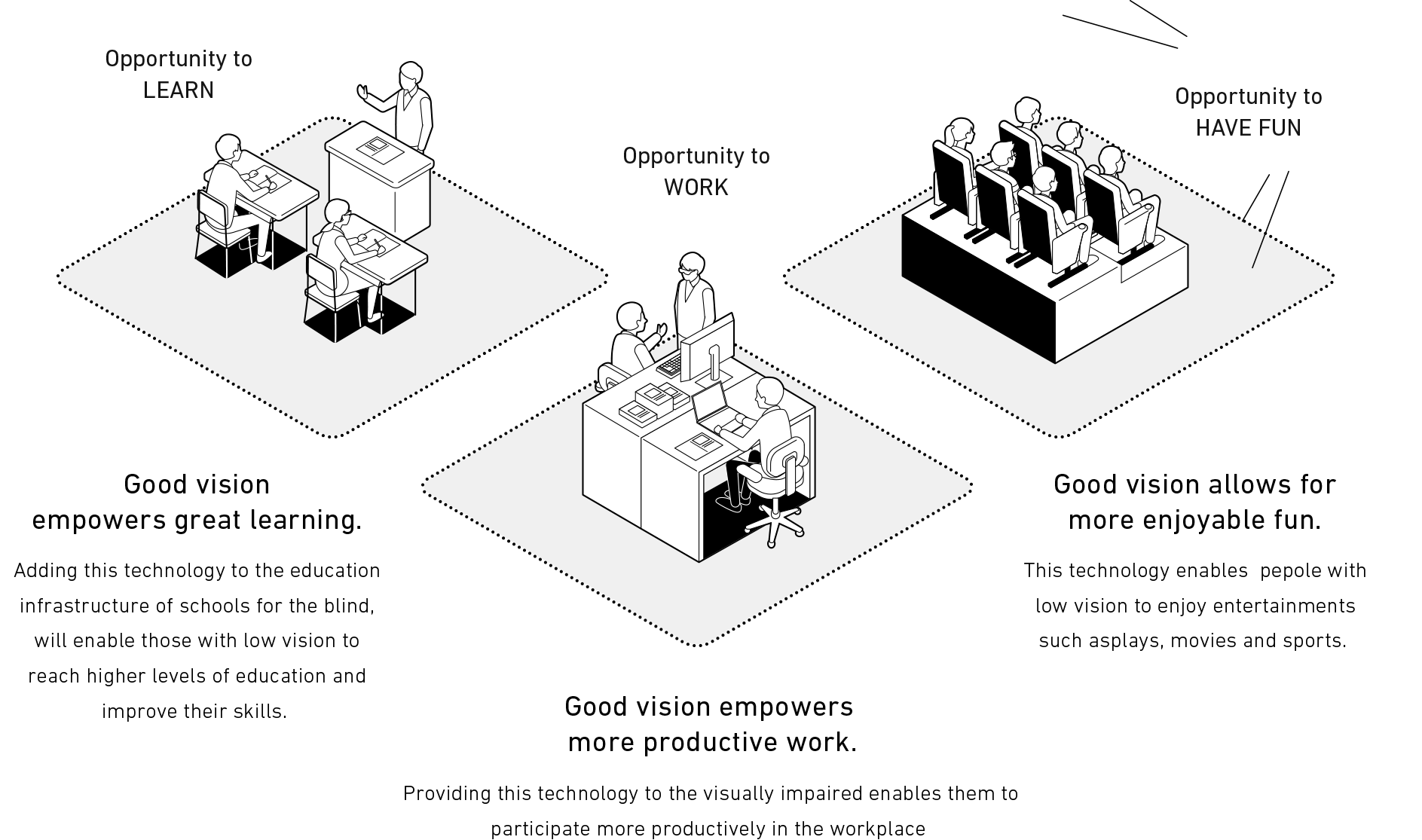 Visional support for the elderly

With today's aging population, there will be over 2 million people with low vision in Japan by 2030.
This could mean a loss to the economy estimated at up to 8 trillion yen.
*Social Cost of Visual Impairment in Japan (Report from Japan Ophthalmologists Association Research Group 2006-2008)

QD Laser is the official sponsor of Japan Para Athletics,
and providing laser eyewear to athletes.

Projecting videos of practice and games directly onto the retina. Supporting the activities of visually-impaired athletes. 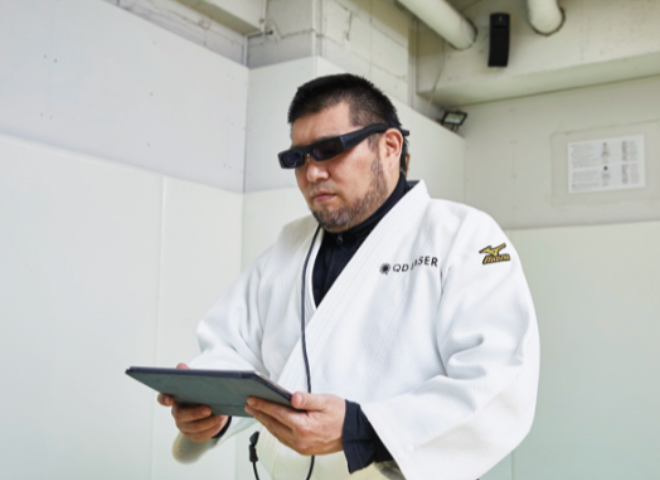 As an official sponsor of JPA, QD Laser contributes to the development of para-sports overall not just to people with low vision 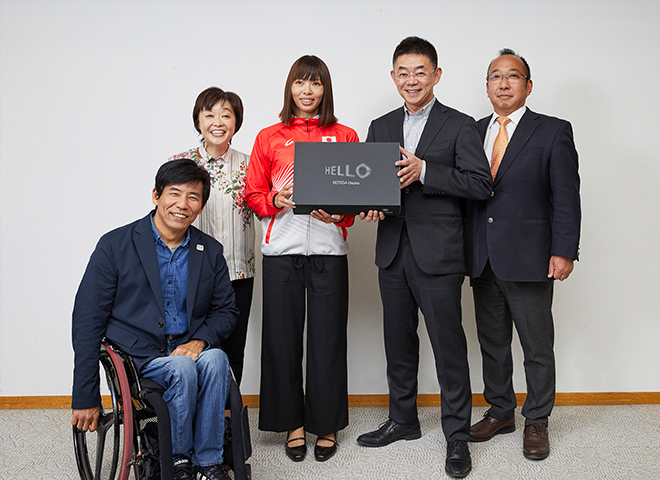 See the details of this technology and examples of applications. RETISSA® SPECIAL SITE